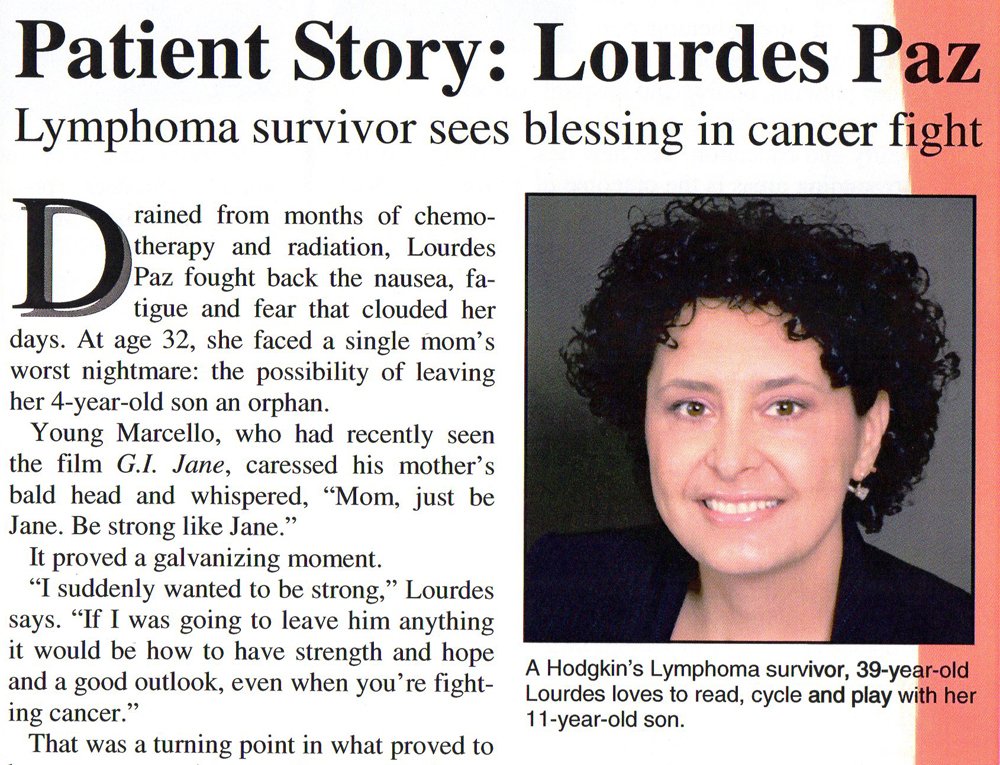 Drained from months of chemotherapy and radiation, Lourdes Paz fought back the nausea, fatigue and fear that clouded her days. At 32, she faced a single mom’s worst nightmare: the possibility of leaving her 4-year-old son an orphan.

Young Marcello, who had recently seen the film G.I. Jane, caressed his mother’s bald head and whispered, “Mom, just be Jane. Be strong like Jane.”

It proved a galvanizing moment.

“I suddenly wanted to be strong,” Paz says. “If I was going to leave him anything, it would be how to have strength and hope and a good outlook, even when you’re fighting cancer.”

That was a turning point in what proved to be a seven-year journey that would change her career and her outlook on life.

When diagnosed with Hodgkin’s Lymphoma in October 2000, Paz was working as a phlebotomist. A single mom with a thriving career and an energetic toddler, she dismissed the fatigue she felt as simply a normal part of a busy life. The only real warning she had was a small lump on her neck.

After undergoing a full body CT scan, Paz discovered the lump was only the tip of a much larger tumor, one that spanned from her neck down into her abdomen…