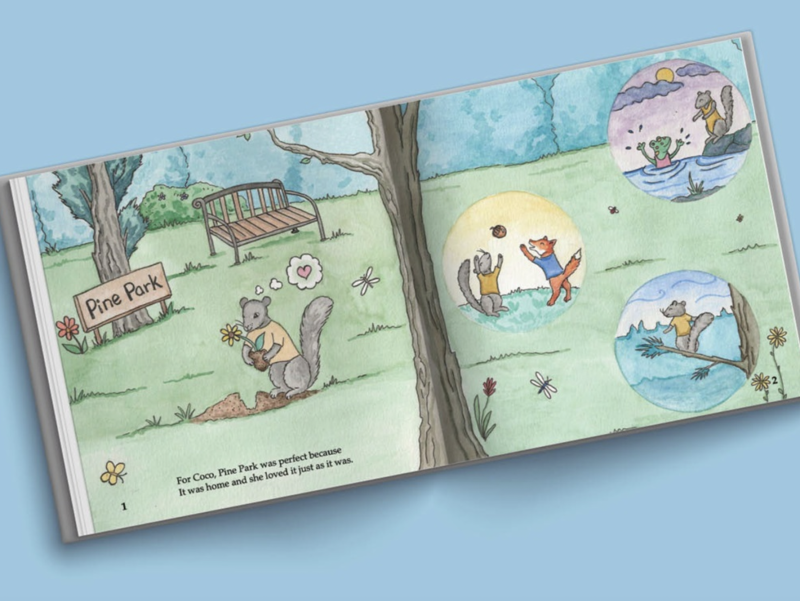 After years of studying the environment’s impact on health, Jeremy Wortzel, MD’22, MPH’22, encountered something new: climate anxiety in children.

His fiancé, Lena Champlin, came home troubled about a conversation she had with a little girl while doing outreach work at the Academy of Natural Sciences of Drexel University. Champlin had asked the child what she knew about climate change. Before the girl could answer, her caregiver said, “Oh, no. We don’t talk about that.”

The exchange left Champlin, an environmental science doctoral student at Drexel, wondering whether she had done something wrong.

Wortzel assured her that she had not. Rather, the caregiver’s reply echoed his experience discussing difficult subjects in therapy sessions with parents and their children. “A parent will lean over and say, ‘We’re not talking about death or divorce’ because those are topics we tend to shield young people from,” he said. “But this time it was climate change.”

Then a third-year medical student at the Perelman School of Medicine (PSOM) who planned to specialize in psychiatry, Wortzel was intrigued. So he dug into the scientific literature and found that climate change not only proved hard to talk about but also created anxiety in children and adolescents. He further learned that few resources existed to guide age-appropriate conversations on the subject.

“The narratives around climate change traditionally places the entire burden on fixing the problem on the younger generation. We tend to say ‘my generation messed up, good luck fixing it,’” he said. “Lena and I wanted to reframe that to something more empowering.”

That goal led the couple to co-author a children’s book to help parents, teachers, and therapists have what they call ‘The Climate Talk’ with children.

Their book, Coco’s Fire: Changing Climate Anxiety into Climate Action, depicts the journey of a young squirrel named Coco. It addresses Coco’s fears about climate change, offers tips for reducing anxiety and suggests actions that even a young child can take…