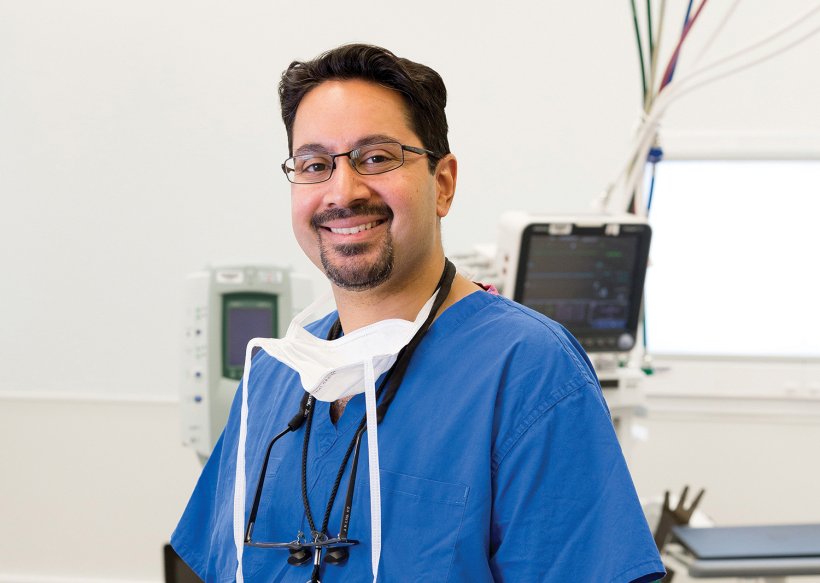 A disturbing revelation struck Asif Ilyas, M.D. ’97 as he read a recent study about potential addiction among surgical patients. Published in JAMA Surgery, it showed that about 6 percent of those prescribed opioids for post-surgical pain were still taking the pills six months later.

An accomplished surgeon, Ilyas had pursued a medical career because he wanted to help people. Yet the study suggested his profession was contributing to the nation’s opioid crisis.

“Six percent—that’s a remarkable number,” says Ilyas, who specializes in hand, wrist, elbow and orthopaedic trauma surgery at The Rothman Institute in Philadelphia. “It’s what made me look critically at patient opioid consumption for various procedures and sparked my search for ways to safely decrease their use post-operatively.”

Research conducted by Ilyas and his colleagues revealed that patients only take about a third of the up to 90 opioid pills surgeons routinely prescribe. The rest lands in home medicine cabinets where family members might take them simply because they are available.

“Multiply that by the number of surgeries we do individually, then by a community, a city, a state and quickly you get into a huge number of opioids that we are inadvertently distributing into society for potential abuse or diversion,” he says…