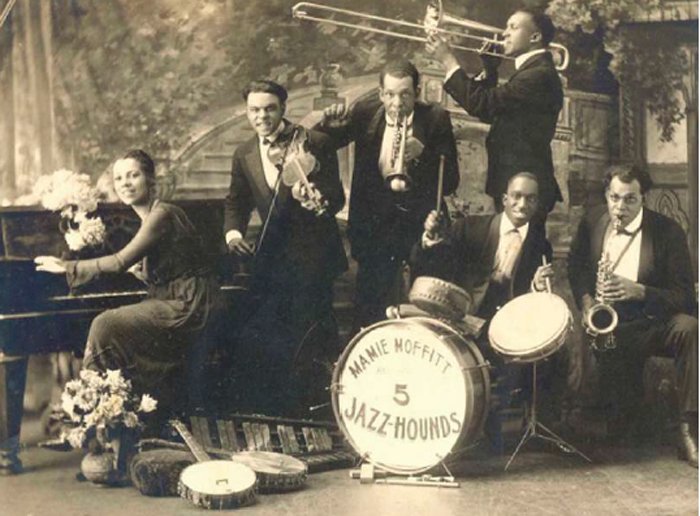 On a golden afternoon in Westfield, N.J., Dorothy “Dotty” Weiss gingerly grasps a pencil and sketches several snowdrops harvested from her flower garden. The simple act brings her great joy—as do the sculptures and paintings she has created over the years.

The 93-year-old widow of J. Richard Weiss ’42 embraces art and music, twin passions the couple shared throughout their 70-year marriage.
A nearby desk drawer holds dozens of CDs from iconic music artists, including Bennie Goodman and Leonard Bernstein, people she and her late husband once counted among their dearest acquaintances.

“We knew a lot of people who were in the music field and we enjoyed being close to artists, because they were important people to us,” says Dotty. “When we had an opportunity to buy into the jazz scene, we did that because music was important to us.”

The couple became lifelong music patrons and members of jazz societies in New Jersey and Pennsylvania. They also developed a fond loyalty to WPI, which played a role in making their dreams possible.

When the two met in 1940, Richard was halfway through his chemical engineering program at WPI. A “studious fellow,” according to Dotty, he had a keen mind, a zest for life, and—like many young men of that era—a limited budget. In fact, during his first year in Worcester, he lived with an older couple and worked on their furnace in trade for housing.

But a full scholarship to attend WPI allowed the New Orleans native to develop the skills he would later use during his 45-year career with pharmaceutical giant Merck and Company.

“It was a blessing that Mr. Weiss had that scholarship, and so we always felt connected to WPI,” Dotty says. “We don’t have children, but we always had WPI and enjoyed donating to it over the years…

NOTE: The published version of this story was revised to reflect past tense, as Dotty Weiss passed away prior to its publication. It was a privilege and an honor to interview and write about this gracious lady.